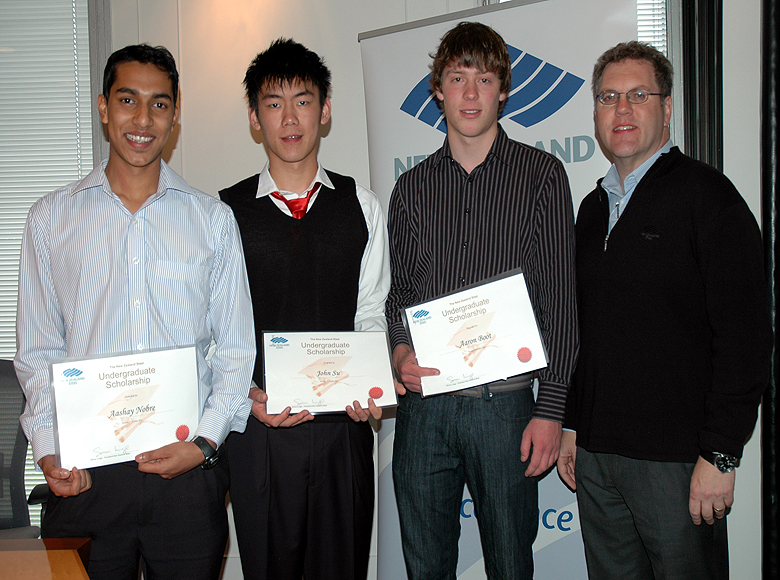 The scholarships are part of NZ Steel's ongoing commitment to the community and to the development of young talent.

Praising the calibre of all 25 entrants this year, Mr Linge commented that the judges had found the job of selecting just three very challenging. In congratulating the winners and their families, he talked of the significance of the NZ Steel scholarship, adding that the students' success was a testament to both their academic and personal skills. He also acknowledged the role their parents had played in their development.

Mr Linge wished the young men well as they prepare for their final exams and then onto their tertiary studies and said he was looking forward to welcoming them back for their summer holiday work experiences at New Zealand Steel, which he was sure would be valuable in supporting their studies.

All three students intend to study Engineering at Auckland University.